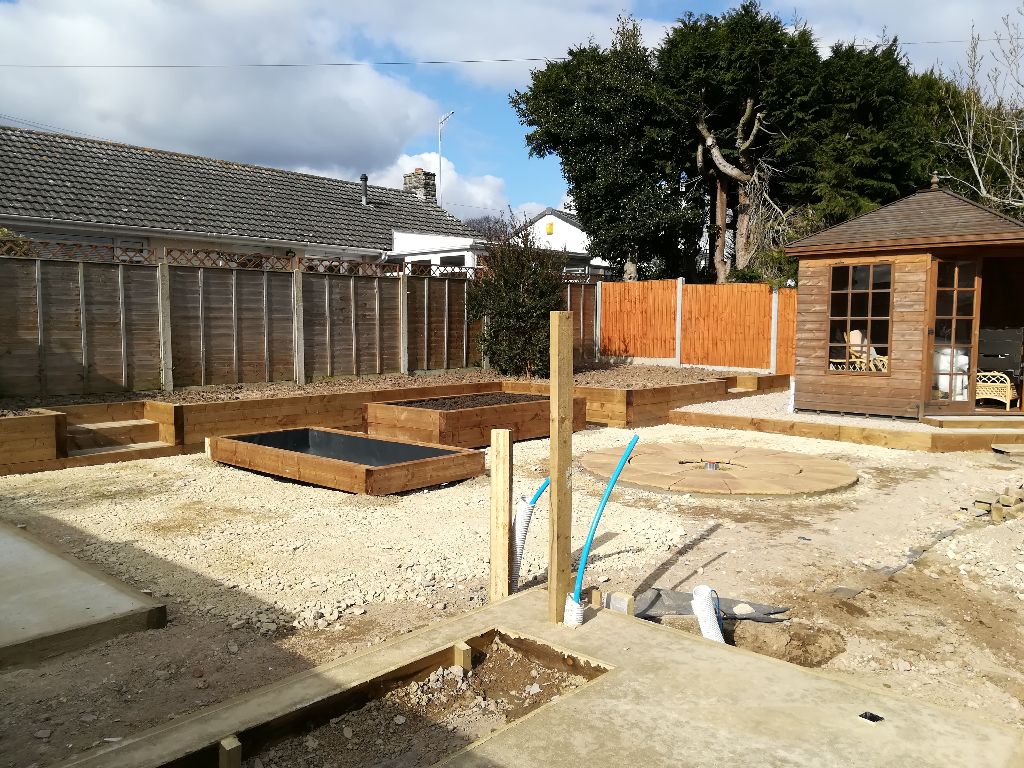 Greeting me on Day one here was basically a neglected and very sorry looking garden… the Current and new owners ARE NOT to blame!! but very much looking forward to sorting it out. the only installment they have done was the new summer house looking rather lonely! the existing open sided Blue Gazebo was left behind from the previous occupiers , but on inspection appeared to be in good solid order so seemed a shame to destroy it, instead it was relocated to the the top left corner.

A raised shrub bed was installed first using timber sleepers with access steps, two concrete bases have been laid ready to accept a shed and a greenhouse. Drainage was required to take the garage rain water, raised vegetable planters were built and installed to combine tidiness and ease of use.

A Paving circle was laid which includes a rotary line slot, the rest has been laid to hard core for now until phase 2 starts in April which will include Purbeck stone walls and a new Patio. 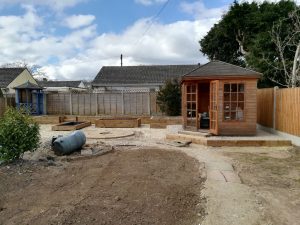 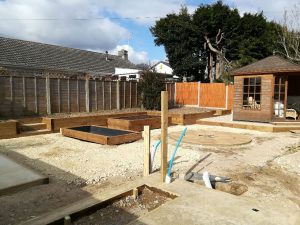 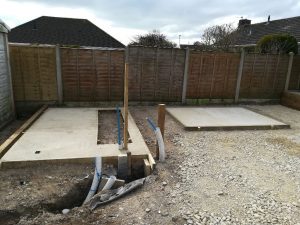 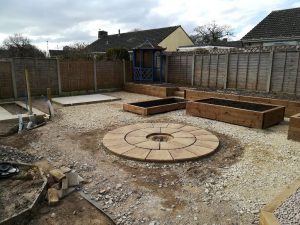 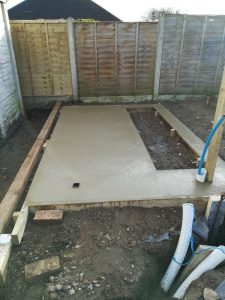 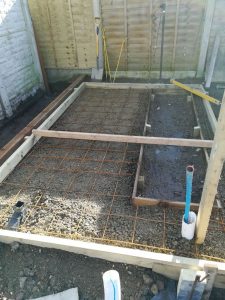 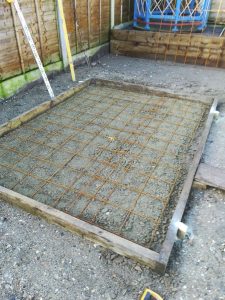 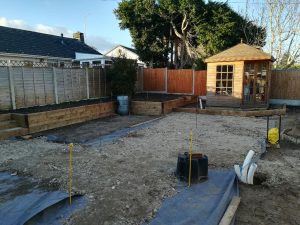 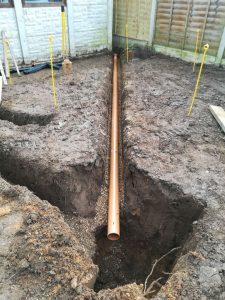 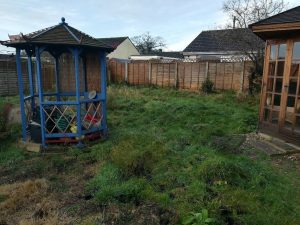 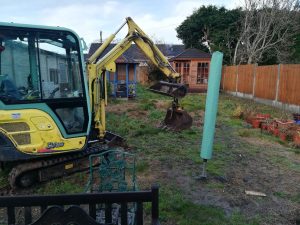